Asmik Grigorian: “This Theatre is My Home” 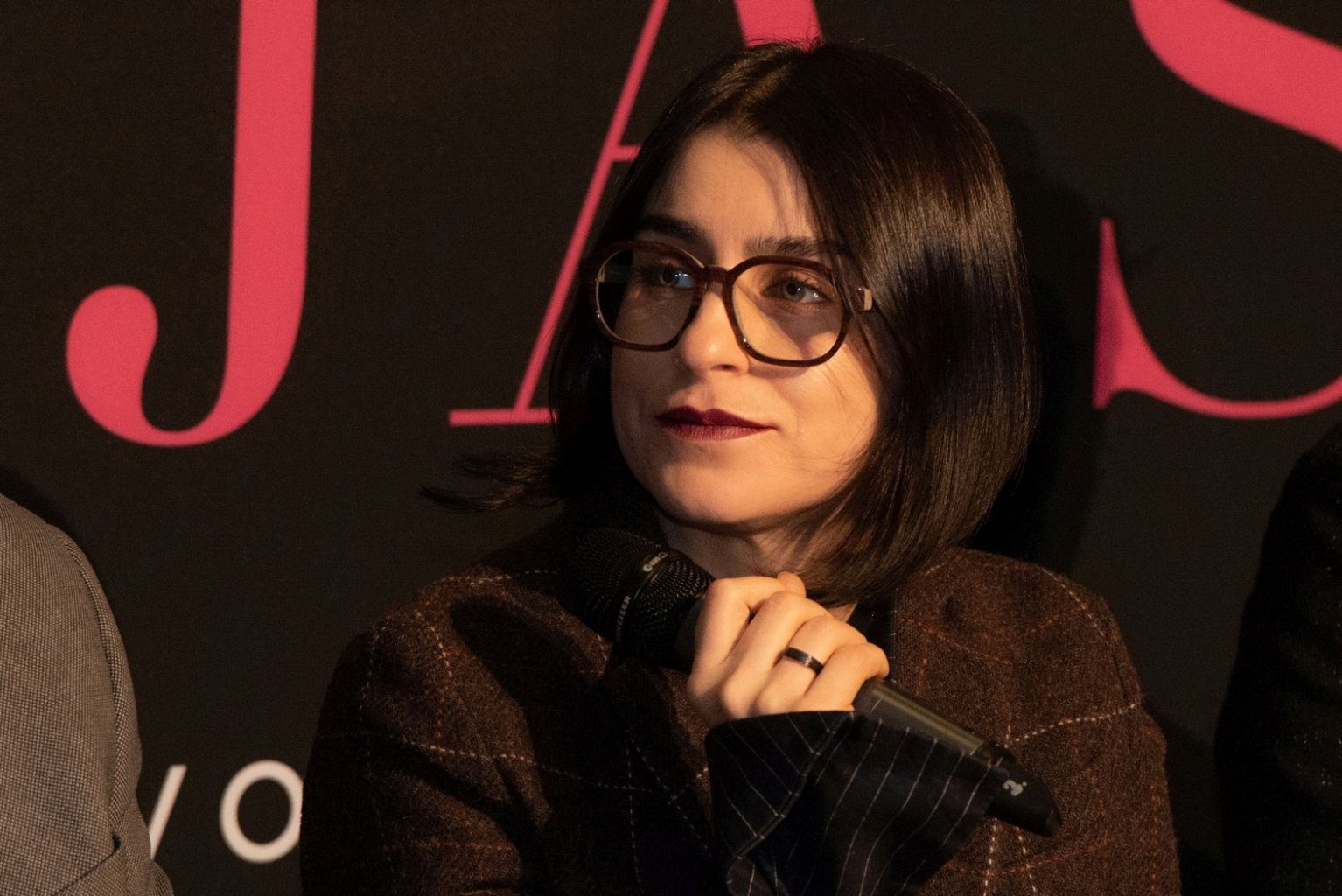 On 12, 14 and 15 February Lithuanian National Opera and Ballet Theatre is presenting an extraordinary premiere – Sergei Prokofiev’s opera “The Gambler”. After a decade-long break, this production shall bring back to the stage two soloists that are very much loved by the Lithuanian audiences: Asmik Grigorian and Vladimiras Prudnikovas. Before that, Prudnikovas was last seen on the stage of the LNOBT in "Love and Other Demons" in January 2010. In September of the same year Grigorian was singing in “Le nozze di Figaro”.

A.Grigorian, who was recognized as the Best Singer of Opera at the International Opera Awards and was selected as the Singer of the Year by the influential magazine "Opernwelt", will also receive the Lithuanian National Prize for Culture and Art this week. During the premiere’s press conference, the soloist stated that the LNOBT, where her parents sang, was like her home from childhood. “Being here is endlessly warm and good. And so many memories,” – said Grigorian.

Speaking about how easy it is to rehearse with spouse Vasily Barkhatov, the director of "The Gambler", the soloist said she was completely confident: "He knows very clearly what he wants, so I can just follow the instructions and not think too much. Such directors are rare,” –  claimed the opera star, who has already gained worldwide recognition. However, Ms. Grigorian added that they usually do not share tips on their professional activities and have agreed to not comment on each other's work. And at home, they try not to talk about work at all.

"The Gambler" is the second performance directed by V. Barkhatov for the LNOBT. In 2012 in Vilnius, he presented the production of Piotr Tchaikovsky's opera "Eugene Onegin", which opened up his path into European theatres: after the premiere in Vilnius, the same version of “Eugene Onegin” was seen on stage in St. Petersburg, Wiesbaden and Stockholm.

According to the director, the main characters of the opera are balancing on the verge of failure: Alexey (Dmitry Golovnin), fascinated by roulette mania, forgets about his love for Polina (Asmik Grigorian), who realizes that winning money will not save her future. General (Vladimiras Prudnikovas) ends up drunk, having lost his beloved Blanche (Ieva Prudnikovaitė) and hope for ever receiving Babulenka’s (Inesa Linaburgytė) inheritance...

“Why am I satisfied with a single line-up of soloists? This is dictated by global theatrical practice. Several line-ups used to be popular when opera theatres relied on their own companies to produce operas. Now that the lead parts are being performed by invited stars, multiple artist line-ups would mean several completely different performances. Can you imagine what would be left of the famous movie “The Godfathe”r if you changed all of its actors? It would be another movie, not necessarily worse, but completely different. The same goes for opera performances: it is impossible to find several identical singers for each part,” – said Barchatov during the press conference.

The first premiere of his production of “The Gambler” came out at the Basel Theater in Switzerland in 2018. The main parts were also sung by A. Grigorian and Russian tenor D. Golovnin, with the same conductor and music director Modestas Pitrėnas. In Vilnius, he worked together with the chief conductor of the LNOBT Ričardas Šumila, who emphasized that the production of "The Gambler” united different generations of Lithuanian opera performers.