Home About us Theatre management
Back 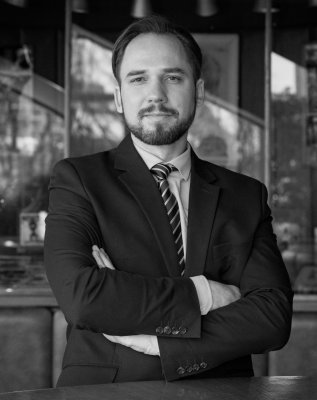 J. Sakalauskas graduated from choral conducting and vocal performance studies. In 2010 he completed his MA in Operatic Vocal Performance at the Lithuanian Academy of Music and Theatre (class of prof. V. Noreika), participated in various masterclasses held by famous singers at the LAMT and in Germany.

J. Sakalauskas has also been active as a composer. His most successful work is mono opera Isadora (libretto by D. Gintalas, director A. Jankevičius) – in 2009 it was bestowed the Golden Cross of the Stage award in the Best Debut category.

Singer and composer Jonas Sakalauskas is also known for his sociocultural activities. He organized various festivals and competitions of jazz and gospel (2006-2008), in 2007-2011 produced courses for opera creators and performers in Kražiai and Juodkrantė, long-term courses at the LAMT of writers of movie soundtracks (2007, teacher V. Ganelin, Israel) and creative studies “Audio Visual Technologies” (2008, with French composer Alain Bonardi). In 2008 he created an independent creative company “Operomania”. In 2008 he initiated and began managing the annual contemporary opera festival New Opera Action (NOA). In 2010 he established “United Voices”, an organization dedicated to vocal music. In 2012 J. Sakalauskas founded the Baltic Chamber Opera Theatre, produced its productions and concerts, initiated long-term study programme for young opera singers “Vilnius Opera Studio”, also organized Baroque opera courses in Kražiai. In 2015 he initiated and curated the festival of short musicals M-FEST.

In 2015-2018 J. Sakalauskas was the general manager of the Klaipėda State Musical Theatre. He’s been managing the LNOBT since 1 March 2018.