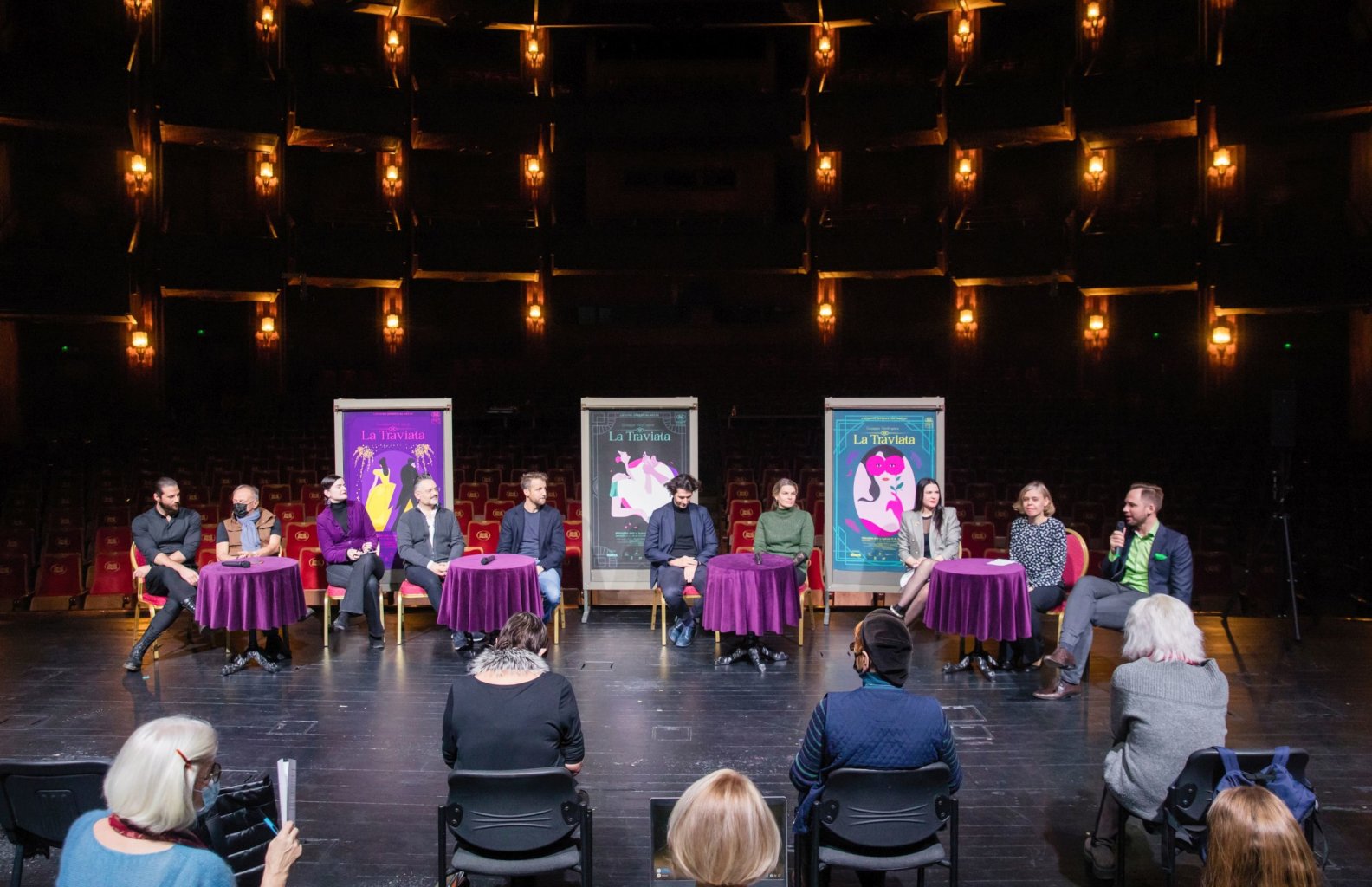 The Italians call it the most popular export of their culture, but when they arrived in Vilnius, they were surprised to learn that Lithuanians also worship "La Traviata". The 100th anniversary of the establishment of the professional Lithuanian opera and the long-standing tradition of bidding farewell to the old year at the sound of this opera has a lot to do with the phenomenon.

"This year we are restoring the tradition of New Year's “La Traviata”. This is the most luxurious production of this opera our theatre has ever seen. It was created a year ago, but due to the pandemic, we were no longer able to release the premiere. “La Traviata”, first shown in Lithuania on 31 December 1920, was an integral symbol of the nation’s statehood for a whole century. We have taken over the tradition and are continuing it honourably. Opera is the genre that makes the world of art talk about Lithuania today,” – said Jonas Sakalauskas, general manager of the LNOBT, at the opening of the press conference.

On 17 November, LNOBT’s chief conductor Ričardas Šumila will conduct “La Traviata’s” performance for the first time in his career. "I said 15 years ago that I would never conduct this title, because everything is so simple, filled with easy-to-remember melodies... Those years have changed a lot: now I see that the most important thing in this music is to gain real depth and reveal the tragic story of a woman. All this is written in G. Verdi's music and is perfectly dramatically coded," – emphasized the music director of the production.