Keyword of Opera “Alice in Wonderland” – the Magical Imagination of Children 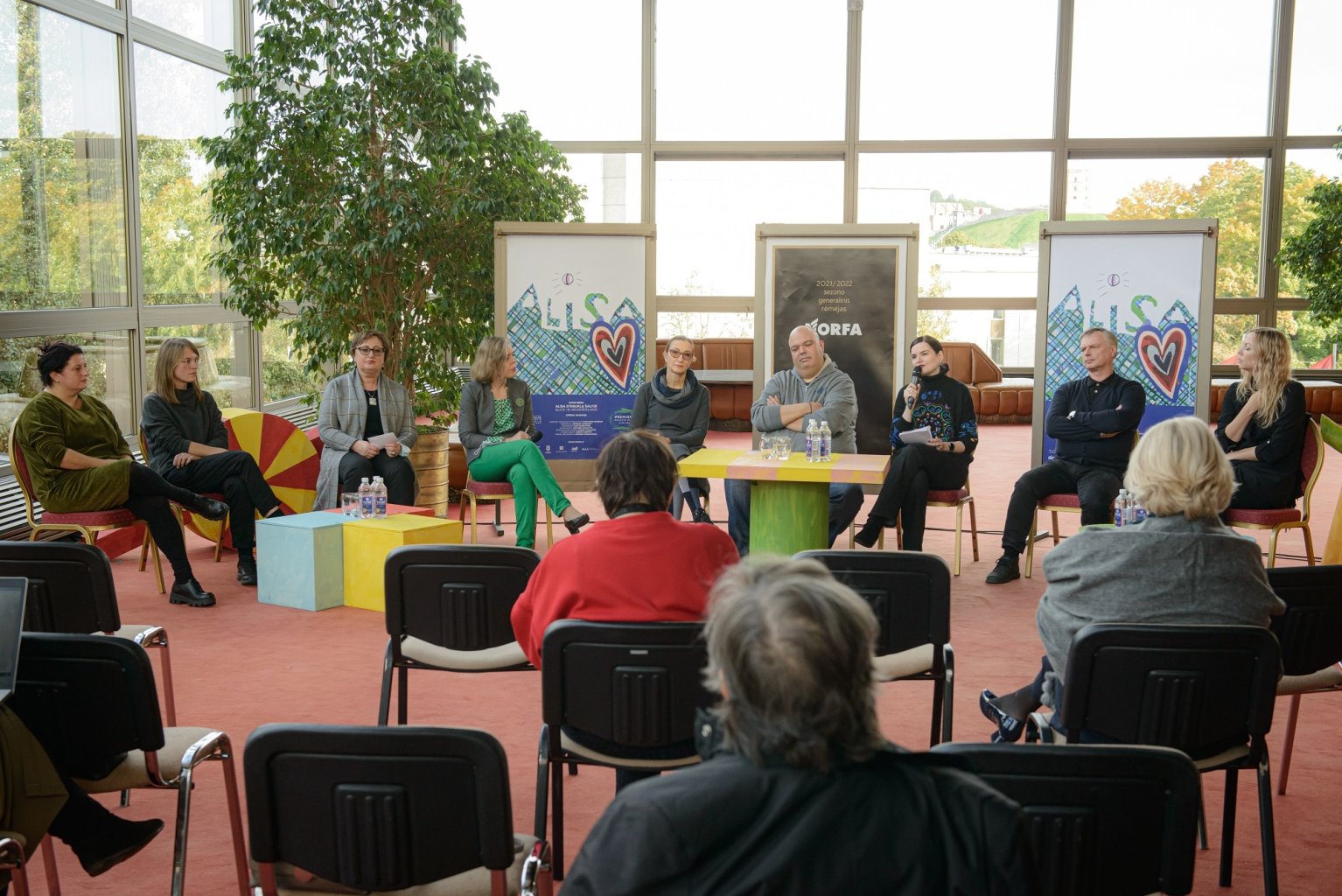 The Lithuanian National Opera and Ballet Theater is releasing the second premiere of its new season this weekend – David Sebba's opera for the whole family “Alice in Wonderland”. A large number of students of the Lithuanian Academy of Music and Theatre sing and play in this performance.

“There is a lack of performances for children in the theatre's repertoire, so for several years we have been looking for a work that we could show in front of a lowered curtain, while sets for other performances are being installed on the stage. Sebba's opera "Alice in Wonderland" attracted our attention primarily due to its popular, well-known title. It has already been staged at the Israeli Opera, but we will see a completely new version in Vilnius. And since the premiere was prepared mostly with students of the LAMT, director Gad Schechter, who came from Tel Aviv, had to engage not only in creative but also pedagogical activities,” – says Jurgita Skiotytė-Norvaišienė, Head of the Artistic Activity Department of LNOBT.

The director himself says that due to the pandemic, most of the preparations for the production took place on the Zoom platform, where instead of the usual human contact in the theatre, one only gets a cold flicker of the screen. But after meeting the Lithuanian part of the team live, all of the cold quickly dissipated.

“In Tel Aviv, next to my home, there is a school that my son attends and a bustling playground. Constantly watching that, I realized what a wonderful place it was for children’s imagination. Thanks to the latter, the playground turned into something different every day: it's a magical castle, it's a pirate ship... That's the main keyword of this performance: to convey Alice's imagination, as rich as any other child's imagination," – says G. Schechter.

Martynas Staškus, the music director and conductor of the production, admitted that after listening to the Hebrew version of the opera, he did not believe that it could be translated into Lithuanian: “in Hebrew, there are a lot of one-syllable and two-syllable words, different intonation of words and sentences, so it was very difficult for us to fit everything into the Lithuanian libretto. At our request, Lithuanian names were created by the children themselves for two contradictory opera characters – we received over 150 different name variations! And we chose the most Lithuanian ones, Dar and Gana (eng. More and Enough)”, – says M. Staškus.

Head of the Strings Department of LAMT, prof. Rūta Lipinaitytė says that the ensemble of ten musicians playing in the premiere includes students from various courses of the academy. For them, it is an invaluable experience, as students rarely encounter practice in the genre of opera. This is also supported by the head of the LAMT’s Singing Department prof. Asta Krikščiūnaitė, who does not hide the fact that other students of the academy are already jealous of their colleagues for the opportunity to make their debut in the theatre so early.

However, there are also challenges: the vocal parts are quite complicated for the young performers of “Alice in Wonderland”, and there is certainly no lack of stage movement in the production for children. “They will undoubtedly grow as professionals, because they have already learned to convey a highly concentrated text to the audience, which does not contain a single unnecessary word,” – emphasized the director's assistant Jūratė Sodytė.