Giving Way to Opera: “Opera on Truck” Will Roll Through Lithuania

Everyone knows that it is by no means possible to move the productions of the LNOBT, which has the most spacious stage in the country, to smaller halls. However, it is possible to produce an opera so that it can be adapted for display... on a truck!  And such an opera has already been staged: in September, the one-act comic opera “La serva padrona” by Giovanni Battista Pergolesi will be waiting for its audiences in the squares of Lithuanian cities and towns.

This summer the Sea Festival gave us an opportunity to experience how concerts sound on the stage installed in the trailer of a tractor. But how would an opera sound in such a trailer?  You haven’t really heard that yet. But you'll witness it if you come to one of the stops on the “Opera on Truck” route.

Residents of Vilnius will be able to see the opera “La serva padrona” twice on the stage of the truck. The first performance on the occasion of the historic Opera Day will take place in the courtyard of the Palace of the Grand Dukes of Lithuania on 5 September (Saturday) at 6 p.m. On 25 September (Friday) at 9 p.m., during the "Culture Night" event programme, the opera will arrive at the Daukantas Square.

The truck, which was provided to the LNOBT by the partner of the project “Girteka Logistics”, will begin its Lithuanian tour on 12 September (Saturday) at 4 p.m. in Tytuvėnai central square. On 13 September  (Sunday) at 2 p.m. it will visit the Ariogala Culture House, and on the same day at 6 p.m. – the Raseiniai Žemaitis Square. On 17 September (Thursday) at 6 p.m. it will appear in the Pakruojis Unity Square.

The plot of the 50-minute-long opera “La serva padrona” about a maid aspiring to become a housewife, ingeniously fooling her master, is perhaps unsophisticated, but it always causes many waves of laughter. Love and wittiness finally triumph: everyone gathered by the truck turn into wedding guests of the maid and the master. 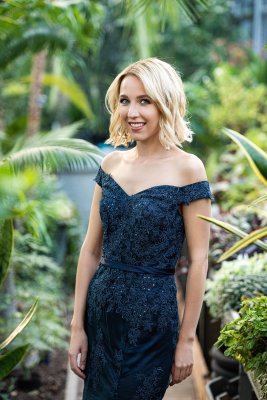 Opera soloists Monika Pleškytė, Kšištofas ​​Bondarenko and Egidijus Dauskurdis, as well as actor Benadas Arkauskas, are all preparing for the challenge of "Opera on Truck".

"This project is the first one I know during which an opera travels around the regions on a stage set in a truck. But please don't be afraid of this word: our performance is primarily for those who have a hard time getting ready to put on fancy shoes and travel to the theater.  You won’t need a chic dress here, as the opera itself comes to its guests. My character Serpina will try to convince you that we women are weavers of our own destiny: if the relationship does not turn out the way we want, fantasy, cunning and innocent female tricks can always be used,”- says soloist M. Pleškytė, who recently received the Opera Hope of the Year Award.

The director of "La serva padrona" is Gediminas Šeduikis. The set designs transported by the truck were created by scenographer Sigita Šimkūnaitė, and the opera soloist costumes were arranged by artist Ugnė Tamuliūnaitė.

All meetings with the “Opera on Truck” throughout Lithuania are free of charge.

Partner of the “Opera on Truck” project: